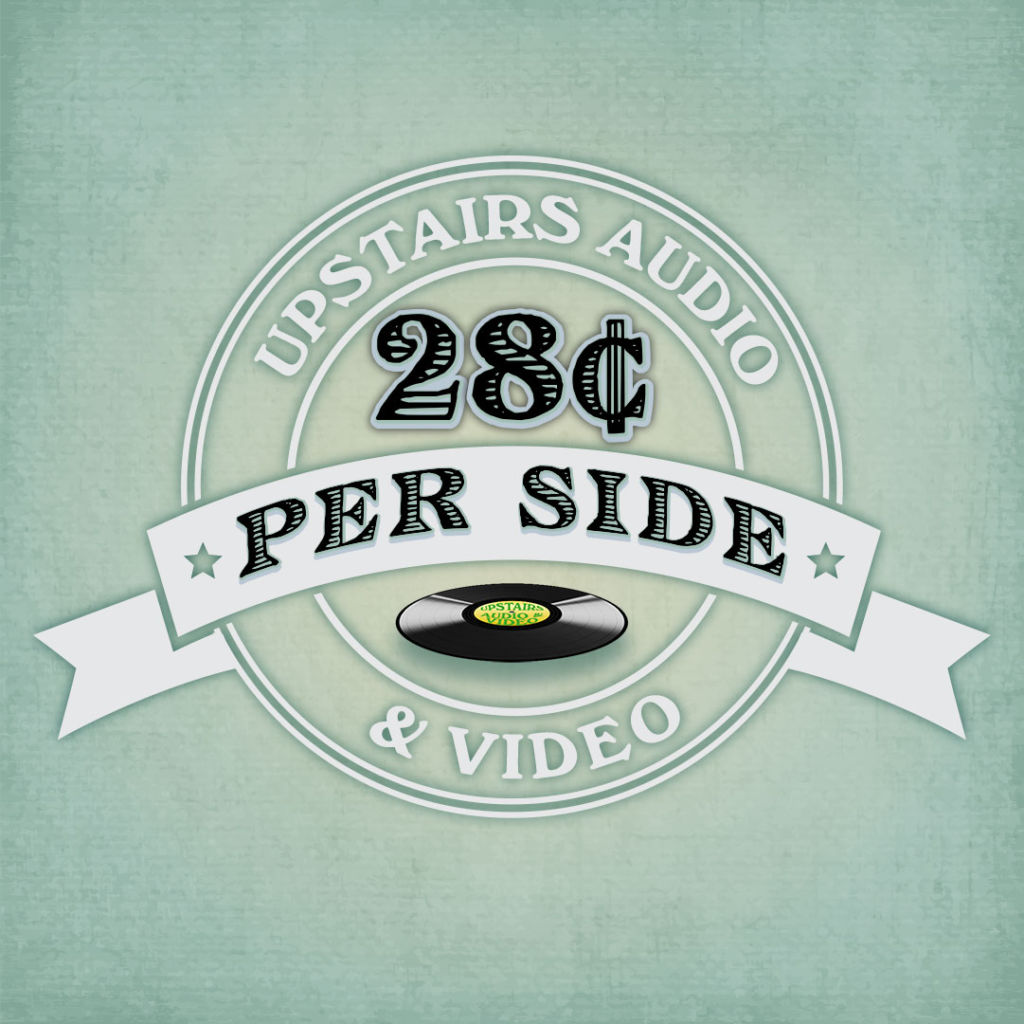 The average cost of a brand new vinyl record album is about $24. If you’re an audiophile, some of your vintage vinyl may have values between $600 and $60,000.

Did you know that within ten plays the high frequencies of those records can wear out and never be heard again?

It doesn’t take a huge leap in our imagination to picture what a diamond needle can do to a plastic disc.

We want you to know there is a solution to this problem.

The LAST Factory makes a record preservative that we sell at Upstairs Audio and Video. We make sure to keep plenty in stock because this product gets great reviews by professional studios and audio websites. For decades they have been recommended by critics in high-end audio magazines.

There have been other companies who make similar claims, but there is no alternative here. LAST record preservative, patented and sold by The LAST Factory, changes the structure of the record at the moleclar level when you appy it, making your record’s surface much harder. It is not a wax or coating as many people wrongly believe, but rather causes an organic chemical reaction whereupon it and the vinyl become one.

One bottle will preserve both sides of 90 – 100 records. That’s less than 28¢ per side and protects your record from wear for at least 200 more plays. Is it worth 28¢ to make your records last 200 times longer? It sure is!

Shock-waves are the primary cause of record wear. Dirt and friction exacerbate the problem. Even new, clean records are subject to shock-wave damage.

LAST’s scientists have discovered how you can protect your records from the damage caused by shock-waves, dirt, and friction.

What Causes the Wear and Tear?

The major cause of record wear/damage is “shock-wave fracturing” . A pressure wave is produced by the phono stylus (needle) as it passes through the record groove. Rapidly moving pressure waves radiate from the two areas of stylus contact on the groove wall. These pressure waves travel ahead of the stylus as it moves along the groove in the same way as a bow wave moves ahead of a boat.

Needles can be hard on a record. When the pressure wave encounters a microcrack, flaws in the vinyl, or other surface imperfections, the energy builds up, forming a shock wave that can exceed the cohesive forces holding the surface together. When this happens, cracks occur in the vinyl and fragments can be blown off the groove wall. This kind of damage can occur on the very first play, and will increase exponentially as a function of both the number of plays and stylus loading.

Dirt is Still a Culprit

Although a new record may look clean on the surface, it is not. Every new record has surface residues and record-pressing compounds left over from the manufacturing process.

From the moment a record is removed from its cover, dust particles in the air are electrostatically attracted to the record surface. Also, normal handling of records can add debris, fingerprint oils, salts and residues.

These surface contaminants are additional sources of wear. Dirt can be picked up by the leading edge of the stylus and dragged along, scraping a gouge in the groove wall. Alternately, the stylus can pound dirt into the vinyl where it becomes the center of a new shock-wave damage site.

You love your music, why not make it last?

Do yourself a favor and get in the habit of protecting your new and vintage media. Stop by Upstairs Audio and Video to check out our selection of LAST cleaners and treatments that can help you keep your collection in top shape for years to come.

← Upstairs Audio & Video vs. Online Shopping
Where to Shop for the Audiophile in Your Tribe →